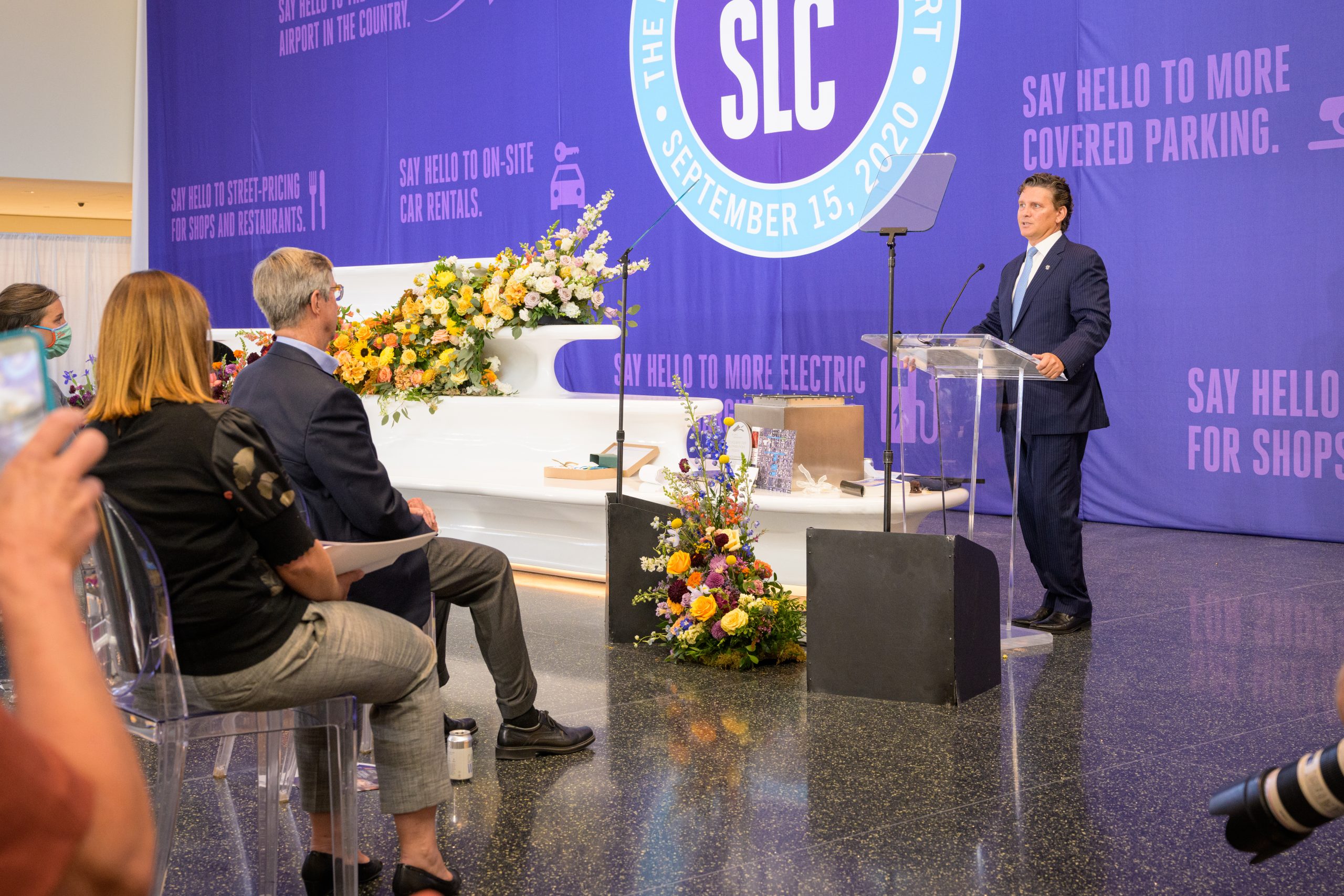 EVENT PLANNING 101: During a global pandemic, sometimes you need to roll with the punches and get creative!

The original plan was to unveil the new Salt Lake City International Airport with a week-long celebration of festivities, culminating with a public open house and a black tie gala. However, the timing couldn’t have been worse.

The airport was completed during the pandemic, and naturally, opened with less fanfare than you’d expect for the first new hub airport in the United States in the 21st century. But what could we do? We adapted and made a Plan B, a Plan C, and even a Plan D.

Ultimately, we landed (no pun intended) on a socially distanced ‘unveiling’.  The invitation-only, in-person event was attended by dignitaries from local government, key employees from construction teams, partner airline executives, and the media; but with a little foresight, we were able to livestream the event to thousands of people across the country.

The highlights from the unveiling were a big hit, check out the video to see for yourself!